I don't think I can use Discord anymore

A friend shared this video about about the evil behind Discord on a community I run and the community is run on Discord.

They said it will impact his ability to participate in the community.

And after watching it I want to move away from Discord completely.

I’m curious to know how other community people feel about it.

I’ve already been considering moving away from Discord because of the security concerns and the fact that the communities I run tend to have an older demographic (30s and up) that isn’t as familiar or comfortable in a Discord-like setting.

That said, I hadn’t really considered their potential for data harvesting / selling / usage … but given their business model I suppose that was inevitable.

I haven’t ever been a fan of the platform and have seen an increasing volume in security concerns and it’s a mentally taxing platform for me to navigate. TBH I haven’t checked on any communities on Discord in months

“Mentally taxing” is such a great way to describe it.

I get energy when I log into my Circle communities. I feel energy drain from my body when I have to be in Discord.

Do you feel that with Slack?

Part of it is communities in general, I think, there’s often just too much to keep on top of.

Surprisingly not as bad on Slack for me which I am guessing is because it seems like there is ‘less’ in terms of options and visual layout. Although, when Slack has too many channels I do tend to visit that space less frequently

I do feel that some with Slack. But there is something special about Discord. As one of my partners said, “It feels like I have to step over mountain dew bottles and avoid crunching on stale Doritos to interact in here.”

Thanks for sharing. It’s a compelling video and damn scary!

That was complete news to me that Tencent own so much of Discord!

Given the lack of encryption and Tencent as investor I’ll likely avoid using Discord.

As a side note, I keep up to date with what the big “tech states” are doing via a weekly article on the Tortoise news site.

Done. No more Discord for me.

Wasn’t a huge fan of the “dare we say, terrifying” guilt text.

I see some people have commented on twitter to say ‘well that’s just what a lot of these social media companies are doing’ and that’s only half right.

Data usage not only of the app but wider device usage without user knowledge and consent and presumably not in line with GDPR or other data usage laws is concerning.

The lack of end-to-end encryptions and user data security is also concerning.

The part ownership of Discord by a company controlled by a hostile government who are therefore likely the recipient of device location and all device usage of all Discord users is most concerning. This goes beyond what we’ve seen with FB for example.

This is like the Aggregate IQ and Cambridge Analytica story but rather than simply partially selling/influencing some user data in exchange for hijacking and distorting at least two western democratic processes, this is about all user data actively being in the hands of a hostile state.

I know the pioneers of the web like to be free to do what they like, but that’s spectacularly naive. We need national legislation and international legal agreements on how we keep user data safe and ensure users have the right to privacy and the right to free speech. That’s how serious this is.

Do you have references to ‘security concerns’?

I’m partly conscious that whilst I still have concerns, the video is also a bit dramatic. It might be useful to gather references. 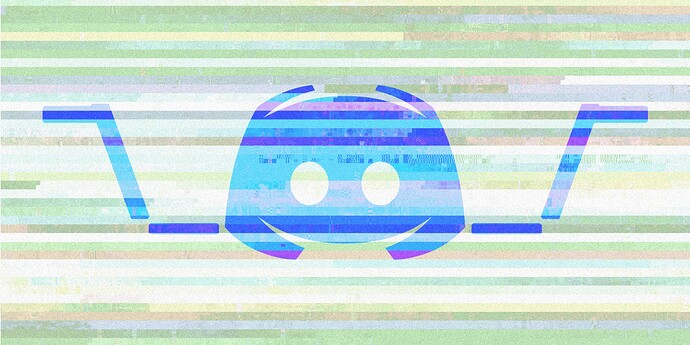 Even with two-facto authentication, Discord users say the site is being plagued by hackers. And the company isn't prioritizing the problem.

This article runs down some of the issues with hacking. It’s a major issue for anyone doing anything with crypto/NFTs because the amount of scam projects is just crazy, and during the period when unsophisticated Discord users were joining they were falling prey to a lot of scams coming in via DMs.

Not a fan of discord and have stopped signing up to communities on that platform. In general, the interface is too busy as well.

I have never been a fan of Discord. Starting a community is easier on there, and so is leaving it, or starting a competing community.

The ‘fast and free’ model tends to churn out low value communities with little planning or thought into their execution.

On ethics: it’s challenging because almost all of the products we use are built on underpaid workers in poor conditions and if you examine any supply chain, there are ethical problems in multiple layers. That said, everyone has their own threshold and it’s easier to switch community platform than it is to find a laptop that doesn’t use chips from a factory where multiple workers committed suicide.

@rosiesherry I saw this video as well when it first released. Very eye opening! It goes against my ethos of community building.

Rosie, that’s a terrifying video. But it’s not terribly surprising.

Tencent and all of the companies that it has acquired or invested in are deeply problematic, and the West is increasingly divesting itself of these companies. It is focusing on CCP-operated hardware at the moment (see: Huawei), but TikTok’s increasing bans across various countries will soon be amplified later this year and next and we should start seeing major investment pressure for U.S., U.K., and E.U. firms to split off from CCP-controlled parent companies.

We as community leaders should be making moral choices about the systems we use, and the content that we allow. I put this sort of security risk right on par with allowing pornography into communities: it objectifies vulnerable people and, on sites that cater to underage minors, poses major ethical and legal risks. We should have a zero-tolerance approach to systems - technical and institutional - that introduce these sorts of risks to our member populations.

The ‘fast and free’ model tends to churn out low value communities with little planning or thought into their execution.

It also diminishes the value of “real” communities who glom on to “fast and free” models by trivializing the meaningful stickiness and retained long-tail value of people who have contributed substantially over time. But considering how much of the old hobbyist model was being co-opted by this sort of casual content, its migration to fast-and-free models is starting to showcase just how little value a lot of user generated content genuinely provides.

Tell me more! How are you using Slack instead of Discord for your community?

I moved off Discord (for Indiependent a couple of months ago).

This is how it looks, the lowest dip is when we switched to Slack. This graph is the number of conversations happening within the community.

Honestly, these kind of conversations always end up pointing out why each one is much better. My choice of moving was the Discord business ethics in addition to people within my community being more ‘Slack kind of people’.

It works for us.

Since on Discord the channels are in a public setting, meaning - your data is already out there - where do you think it makes sense for them to use E2E encryption?