Thanks to @Mark_Wilkin for highlighting these articles on Google bringing back search results to Google. 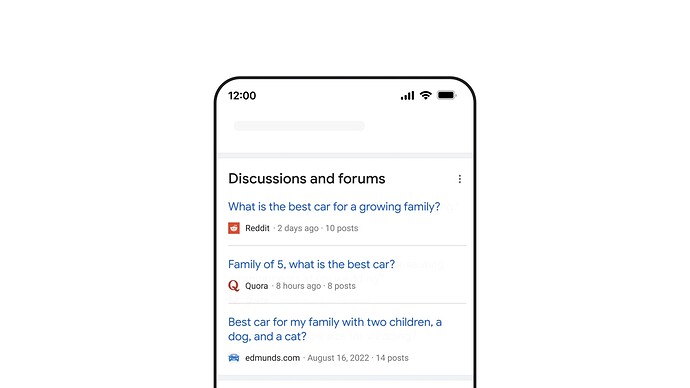 At Search On 2022, Google announced that "Discussions and forums" will be getting their own sections in results, while translated... 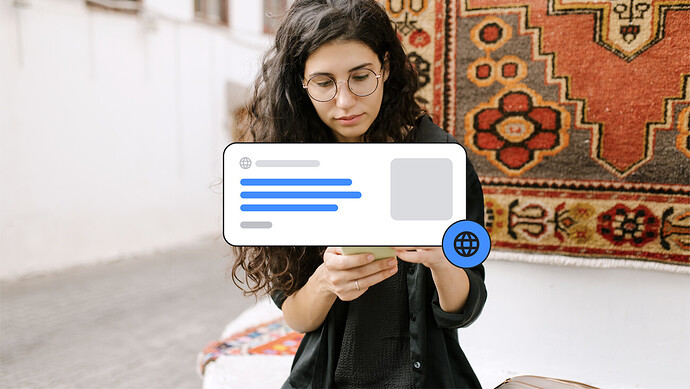 Google is helping you make sense of the world by making it easier to find diverse perspectives when you search.

And also @evanhamilton wrote a thread with his thoughts. 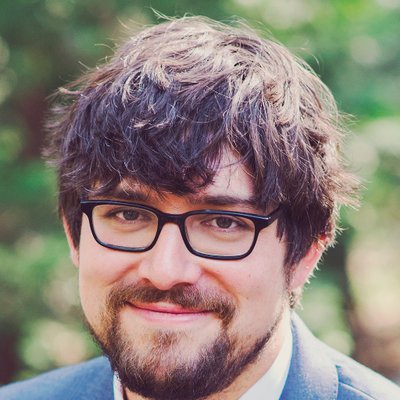 @evanhamilton
All the data I've been sharing about Google losing to Reddit, Instagram, and TikTok have unsurprisingly led to this. Google will now *explicitly* surface discussions and forums in search. Is this good or bad for communities? TBD. 9to5google.com/2022/09/28/goo…

What are people’s thoughts on this?

I’m pretty excited about it, I’m a fan of forums, this is no secret!

But I’ve also been troubled by such a focus on third-party and social platforms, it’s been a huge challenge for communities to build intentional conversations within their own spaces.

When we overly rely on the social platforms it becomes harder to build community, to maintain it in a way that we want them to be exist and crucially to create them in a way that is sustainable to us a community builders, founders, and organisations.

I’m hoping that in the addition to the overwhelm and often the lack of moderation on social platforms we can start to see more growth, emphasis and appreciation of forums.

And even, perhaps we can explore forums more creatively. I just think there is so much opportunity here with the added attention of Google Search results.

I’m excited by this. It displays a change of heart from Google on the value of forum content.

Also posted in the other topic: Google is Dying, Community Isn't? - #16 by MattM

I want to know more about what they mean by “forum” before I get excited about this. The examples shown in the news story are Reddit (arguably a forum, but a highly centralized one) and Quora (is this a forum?

). Both of those are basically massive “meta” forums, i.e. they cover a huge range of topics, and let people basically create their own “forums” as sub-areas of the parent. Surfacing those kinds of things is a far more trivial thing than actually and effectively parsing and rating the quality and value of smaller forum communities and discussions like this one. I would love if it this change meant we’d see more small forums running on Discourse, IPB, and others surfacing in this “Discussions and Forums” area, but I remain skeptical until I can test the feature myself (I don’t see it yet, anyone else?).

As I mentioned on Twitter: everything old is new again!

In 2012, they started pulling Google Plus discussions into search results.

Then they removed the “discussions” search type in 2014.

Despite that, a ton of search traffic still goes to forums.

Pretty much all of my questions about technology, gardening, cooking, cars, DIY projects, and home ownership end up on some niche dedicated message board.

Then there’s the whole rise of people adding “reddit” to their searches.

My guess for the business case:

Many (most?) of those independent forums run AdSense… unlike Reddit. So if folks are intentionally looking for discussions, might as well capture as much of that potential ad revenue as possible.

Agreed, I think they’re starting out focused on the big ones. Could extend to smaller eventually, could not.